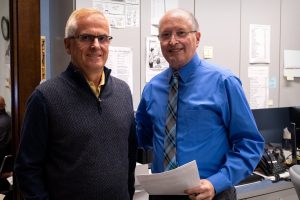 ? Today, I officially filed my candidacy for Elkhart County Commissioner, District 2. I value your support as we work toward the May Republican Primary Election. I look forward to serving you! ?